Let’s say you ordered fifty banners and they are half-way through hanging them up and you realize you have made a mistake or maybe something changed and the information in the banner is no longer correct. That would be a big problem, to say the least. However, with digital signage, this would barely even be a minor inconvenience. They are quick and easy to update and change. No paper or other material will be wasted and changing the message will not take much time either.

Similarly, when you order all these banners and posters and whatnot and they eventually become useless, all of that material just goes to waste which is bad for the environment. It is estimated that by 2020, paper mills will be producing 500,000,000 tons of paper and paperboard each year. And most of that does not end up being recycled. When we replace traditional signage with digital signage, at least a portion of that waste is eliminated. Sure, digital signage is not completely eco-friendly either but what is; LED signage is a much more eco-friendly alternative to traditional signage. 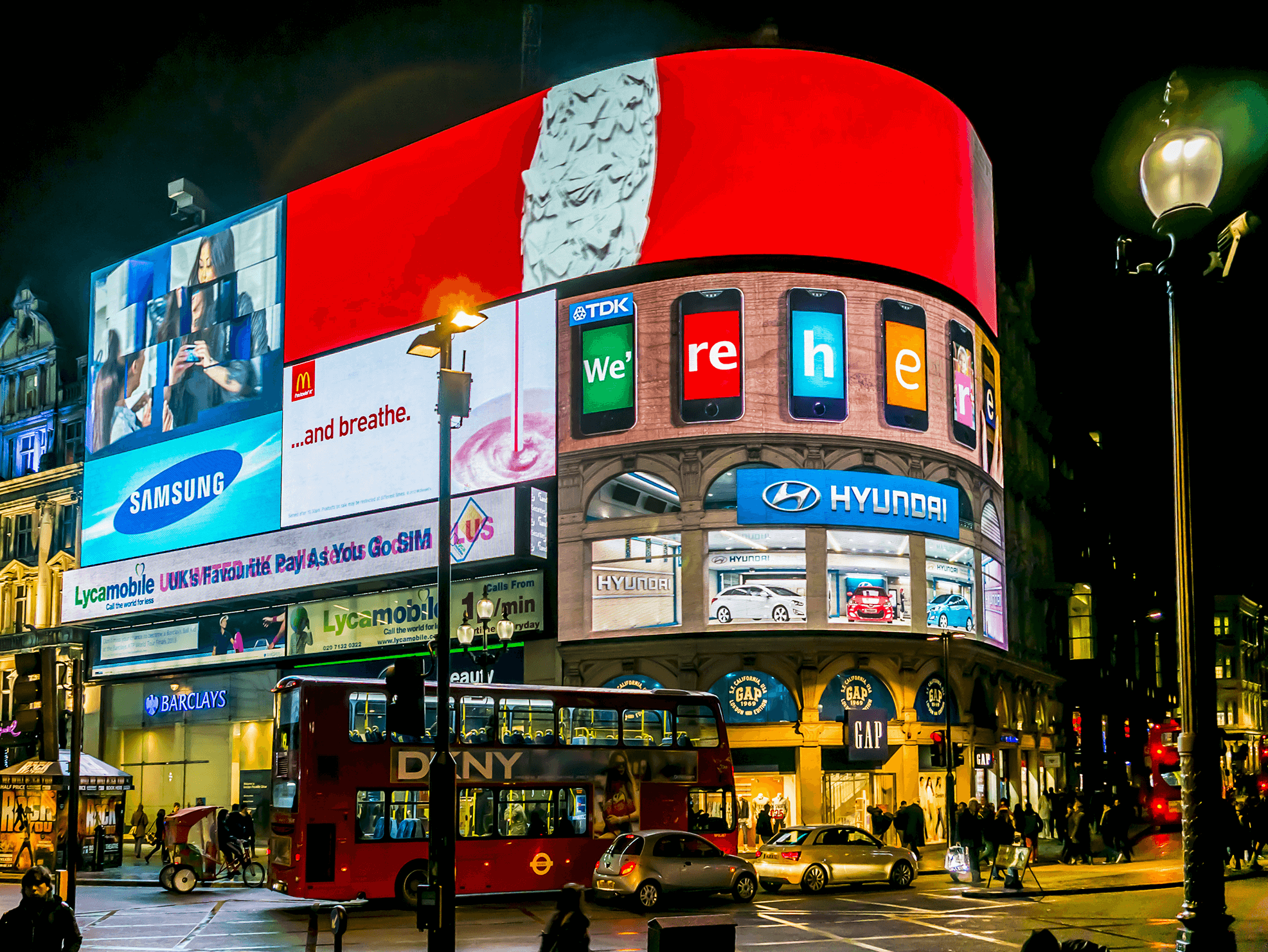 Sure, digital signage can be much more expensive at first but in the long run, it will end up being a much better option cost wise. If the message needs to be changed, no need to pay more; the signs won’t wear out with time or anything else that would result in them having to be replaced. And if they do wear out and you have to replace them, it is not just the cost of the signage itself that you need to cover but also the pay of the people who have to put it up. With digital signage, this is avoided; no need to worry about any of that anymore as the message of your sign can be changed in the matter of minutes.

Let’s be honest. We have all learned to automatically block out advertisements, we do not notice most of them when we are out and about; maybe we’ll look at some if we are at the bus stop and bored but not often. However, humans like shiny things, if your sign is flashy and colorful and isn’t just still text, it will probably grab people’s attention and that is exactly what you are looking for. In this day and age advertisers are all fighting for people’s attention and you can’t keep playing the game with the new rules but the old equipment.


So, LED digital signage has many advantages. It is better to invest a bit more money into your business at first because soon enough you will see the benefits of digital signage with your own eyes. It is not only cost-effective but also eco-friendly. No need to pay for replacements and you will not need to feel guilty for ruining our planet; well, less guilty at least. If your company can afford it, you should invest more money into your outdoor advertising because its advantages will certainly end up outweighing the disadvantages.