All You Need to Know About Immersive Technologies

Imagine you are someone from 1960. You accidentally find or (even better!) create a time machine and travel to 2019. What do you think would completely blow your mind? Many things, probably. But we bet that immersive technologies and VR would be high up on the list.

Despite gradually becoming a norm, immersive technologies and their potential should not be taken for granted. They are amongst the craziest achievement of humankind, which has found applications in all field, starting from entertainment and ending with medical industries.

Rather than trying to cover the entire industry this article will focus on the essentials.  Hence, it will be for all the people curious about the technologies and its quickly developing branches. This is an immersive technologies guideline for absolute newbies (remember, you came in from 1960). So, fasten your seatbelts and enjoy the ride! We will make sure you learn something new.

What is Immersive Technology?

Immersive technology is a cumulative term used to describe technologies that allow the real world, extending its limits, replicating its elements, and enhancing it. All the things that are not physically present, but are made to look like they are. So, Pokemon filters and the shopping mall in Paris you can visit from Dubai, all count as immersive technologies. The technology allows changing the surrounding environment, without having to change anything about it physically. 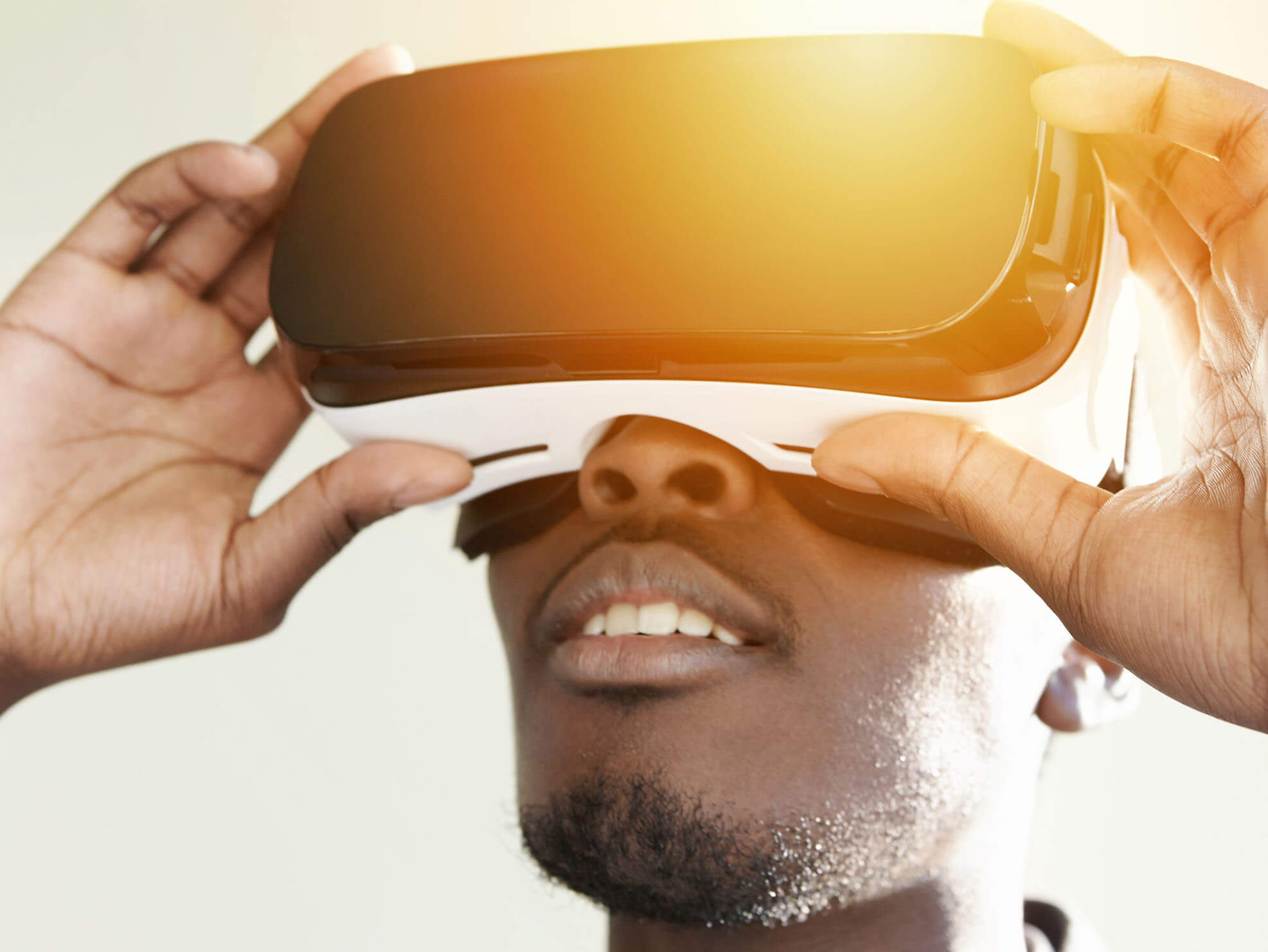 In a way, immersive technologies give immense creative freedom to the creators and fantastic experiences to the consumers. They even promise to change our relationship with ‘reality’ itself, by challenging the assumption that things need to have a physical presence to be real.

While historically, the immersive technologies as we know them, have originated at the beginning of our century they became popular only in recent years. And it did not take long for all kinds of added realities to emerge. Now, the field is full of ‘jargon’ and abbreviations that might be difficult for someone to grasp intuitively. That is what we are here for. So, here is a quick breakdown of the most popular immersive technologies you will need to know about navigating the overwhelming and confusing world.

Types of Immersive Technologies (video of each type)

Certainly, the most popular immersive technology, VR stands for virtual reality and is often used as a synonym to the immersive technologies. But it’s more of the immersive reality extreme. Virtual reality stands for technologies that allow to shut down the real world completely. They are focused on blocking all the senses and making it feel the digital world. To help completely immerse the person into the digital world, generated virtual realities often use VR headsets and other enhancements. Using it, people can transport into the world of content.

With that in mind, let’s move on to the next immersive content type. Though augmented reality immersive technologies the most in our daily life. Augmented reality is the one where the digital images and enhancement are overlying in the real world. Most of the time, the go-to technologies like smartphones and other technologies that have access to a camera are enough. It is amongst the most used by the general population because of how accessible it is both financially and physically — your favorite Facebook filters and Pokemon Go count as one.

MR, also known as mixed reality, is another popular immersive technology. In its essence, it is a combination of AR and VR. The user is not entirely shut out from the world, but the technology is used to transform the existing reality. People often even refer to it as the future of computing, holographic computing. So it is the closest we have got to the sci-fi computer of an Iron Man, where the digital images would allow to change the real world.

Of course, the simplest and probably the earliest development of the immersive technologies is the 360 pictures and images. Now, they can be found anywhere and accessed through the smartphone on any online platform. Three hundred sixty present a unique blend of photography and videography. Though the immersive content created using the 360 cameras and technologies might not be as immersive, it is still impressive.

The term holography, familiar to many, stands for the recreation of digital 3D images in real space that can be explored and viewed from all the angles. It might be the most intuitive type of immersive reality because it does not require complicated coding. It uses the fundamental laws of physics — that is why it was one of the first immersive technologies to be speculated upon.

Even more, we recently wrote an article about mind-blowing VR games that do not feel real. It is the immersive content that has been pushing the industry forward. The reason also might be the demand it has — people seem to enjoy this application of the VR technologies because it is one of the most interactive. With the interactive nature of games themselves, immersive technologies lend themselves perfectly in the genre. And they continue sparking new general and application.

Even though business and gaming applications of the Immersive technologies are amongst the most popular ones, they are far from being the only ones. The education industry has found an important usage of technologies. They help gamify the process and bring access to international museums and other educational material to the places that would have never had access to it otherwise. Immersive content is not only fun — it can help create the revolution we all have been dreaming about

The immersive technologies have found application in the business industry. They are now used in many out-of-home marketing campaigns, added to business cards, and advertisements. And we use many technologies — including VR, AR, MR, and 360. So the industry is responsible for some of the most creative usages of AR technology and quick development. Considering how much excitement it generates, no wonder it does.

While VR is certainly transforming gaming, perhaps amongst the most positive changes, XR can bring are the healthcare related. Not only simulations help doctors to prepare better for difficult procedures, but recent games have proven to detect early signs of Alzheimer’s. All that makes the technology exceptionally valuable.

Finally, the art industry has also been trying to explore the capabilities of the human mind and imagination. Artist quickly jumped on board, trying to push the boundaries of the medium originally and exploring relationships between people and the new technologies. Artists have never been as free in their expression as they are now.

Due to all the recent developments, VR and AR have promising applications in regular work environments and entertainment industries. With just a little push, they can completely transform healthcare. Marketing and advertising industries will continue using AR and VR technologies to create more engagement and stay in the people’s memory. Immersive technologies will continue penetrating our daily life, bringing innovation and change into every industry. There is a lot to be excited about! 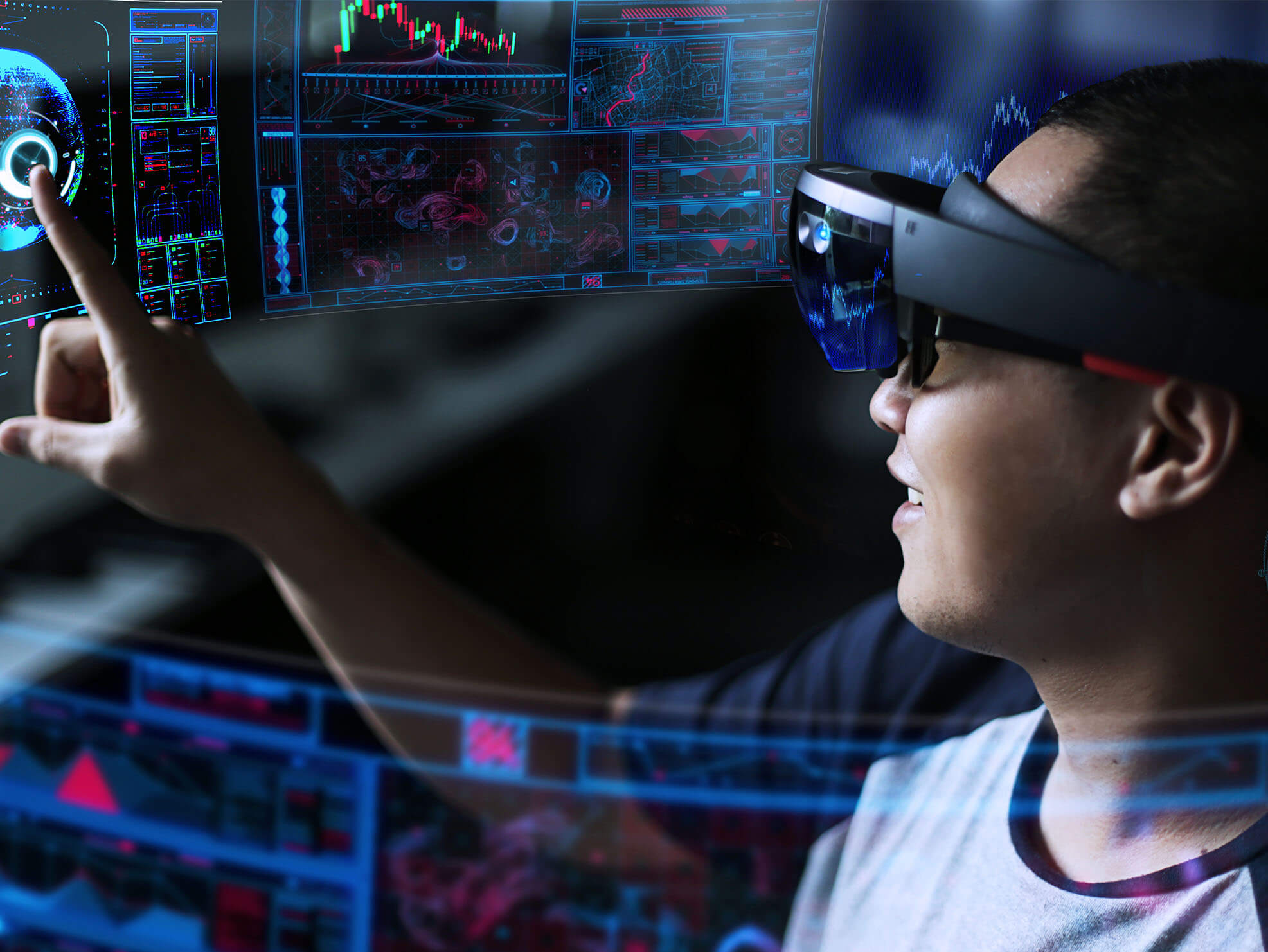 The possibilities are endless. Really. With the speed with which the development has been going in the recent year, chances are soon immersive technologies will become the new norm. No matter how much we speculate about the implications, we will never be 100% with our predictions. But it does not take away from the technology itself and how it can positively change our society for the better.