This is what the best VR experiences look like

What do you need to transport into the fictional world in a matter of seconds? It takes less than you might think it does. You do not need to travel at the edge of the world to learn magic — all you need is a VR headset. There are not many things that can get everyone excited in the way VR technologies do. They promise an unlimited realm for creativity. Even though the games and experiences that we have right now do not quite look like the ones from the Ready Player One, there are still incredibly impressive. To prove that, here are just some of the best VR experiences that we have ever come around. We hope you will find them just as exciting, as we did. Let’s get right into it! 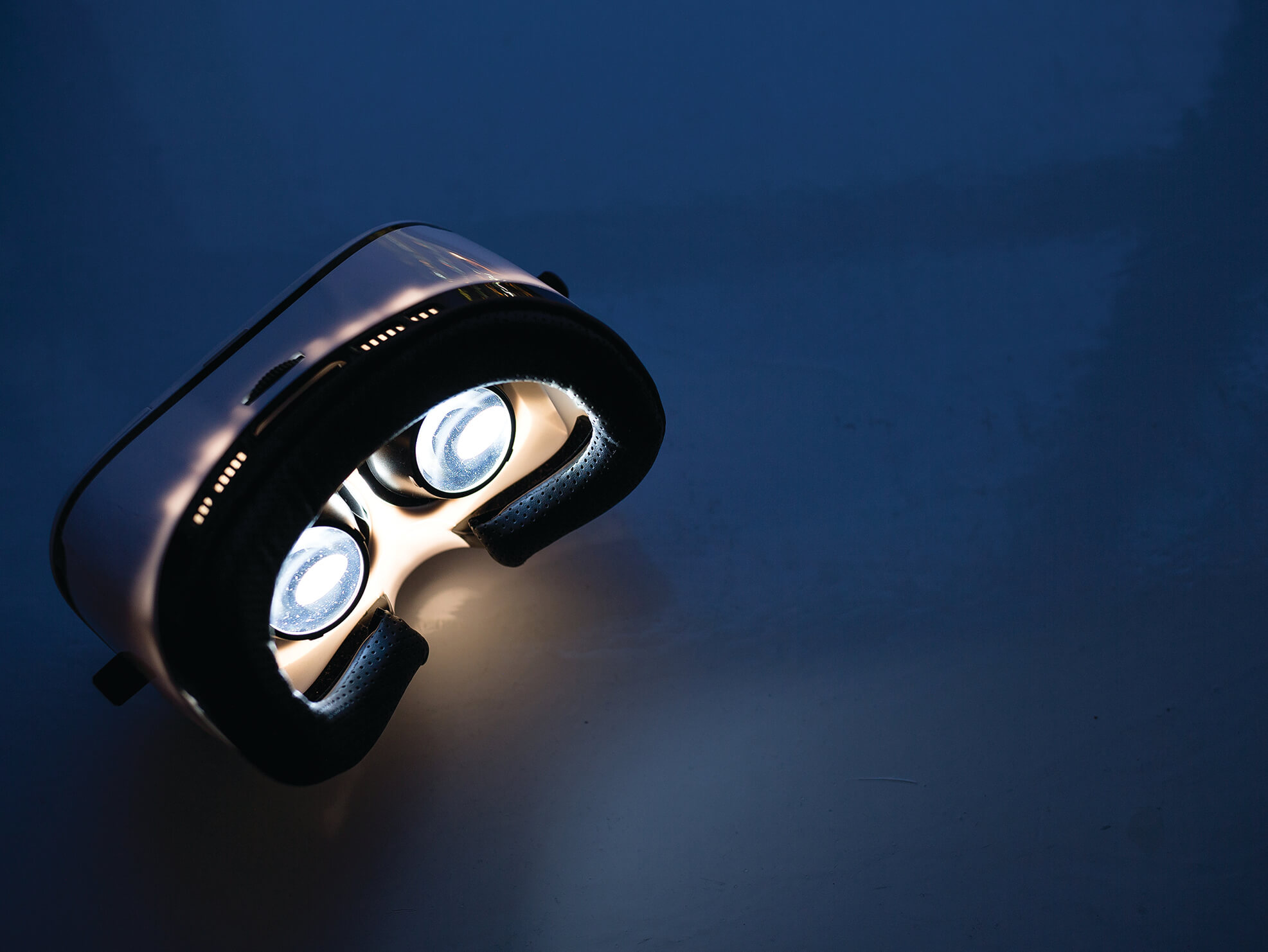 Of course, the majority of VR experiences designed are games. The horrors and shooters especially found a home in the medium. But it does not mean that if those genres are not for you then should stay away from the technology altogether. It is the other way around, the best VR experiences that have been developed so far have been somehow natural in their tone, and have attempted to be more inclusive.

One of the best VR experiences that we have ever encountered Allumette — the VR novel, based on the poem by Hans Christian Anderson. With the headset the story into a living fairytale that you can explore from within. It tells an interactive story and has defined a genre on its own known as interactive visual storytelling. In the future, we believe that those kinds of novels that stand somewhere between filmography and game design will be more common. And we hope they all will take inspiration from this beautiful story that you can experience for free already now.

Invasion! is an incredibly charming animated movie. It was realized in 2016 it perfectly withstood the test of time and can be easily considered one of the best VR experiences. Even though you need to follow a linear storyline and the entire cartoon lasts only for only about 4 minutes, it still an experience worth living through. It has not only amazing graphics but also a delightful story that is just a treat for kids and adults alike. It is a fun experience that offers a glimpse into what VR animation of the future can be like. Grab a headset, if you have one around and enjoy the story right here and right now.

Another free experience that is going to make you fall in love with VR storytelling is a virtual novel titled Colosse. It is a little more interactive than the Invasion! since the story will advance only if you looked at the objects, but the story was released in 2015 is not as interactive as some that came later on. Overall though, it does not take much off the experiences. Colosse tells a beautiful story that becomes only better with a headset. We think it is one of the best VR experience thanks to its sound and graphic design and just as mesmerizing as the narrative. 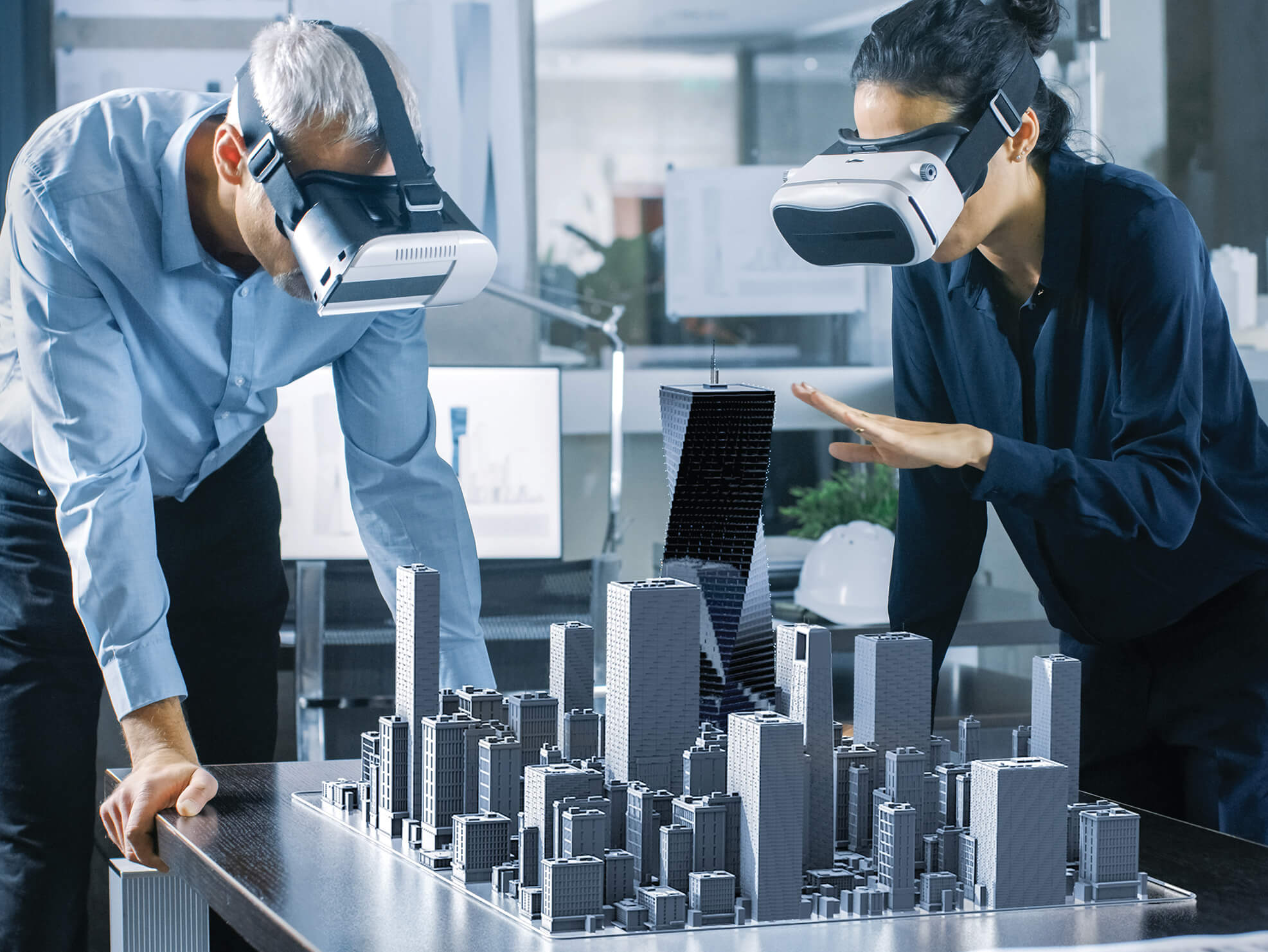 The next VR in our list was designed by none other than the tech giant itself. Unlike other virtual realities we have discussed above, it does not transport you to a fictional world but gets you closer to the real one. Google Earth VR makes an important point about virtual realities. They do not need to be about the new world for them to count. VR allows us to get into places of our world that we might never visit ourselves and explore them from unexpected angles. VR can help us relive the world we live in. Can you imagine what technology promises? In the future, we might transport to any point of the world only by putting on a headset… But even if it never happens, we are allowed to dream over here, aren’t we?

All the people that dreamed of becoming street artists, but were too scared to get into jail for vandalism now can turn their dream into a reality thanks to Kingspray simulator. You will get a chance to draw on walls, tracks, cars, and buildings in an open world. It might not the most extraordinary experience, but definitely, the one that people who like those kinds of things will appreciate and find exciting.

Tilt Brush is for all the people that want to experience VR but do not want it to be just a simple storytelling experience or a competitive game. It is for the people who want to explore their creativity and create something of their own. Tilt Brush can turn the entire space around you into a  virtual canvas that you can use to create a new world from scratch. The experience is meditative and immersive. It is surreal, to say at least. What makes it even better is that you do not need to be a professional artist to enjoy the process. It is amateur friendly so both kids and adults can find something they like about it.  You can also load objects into the system and draw around them, basically drawing a new world on your own. If that is not magic, we do not know what is. 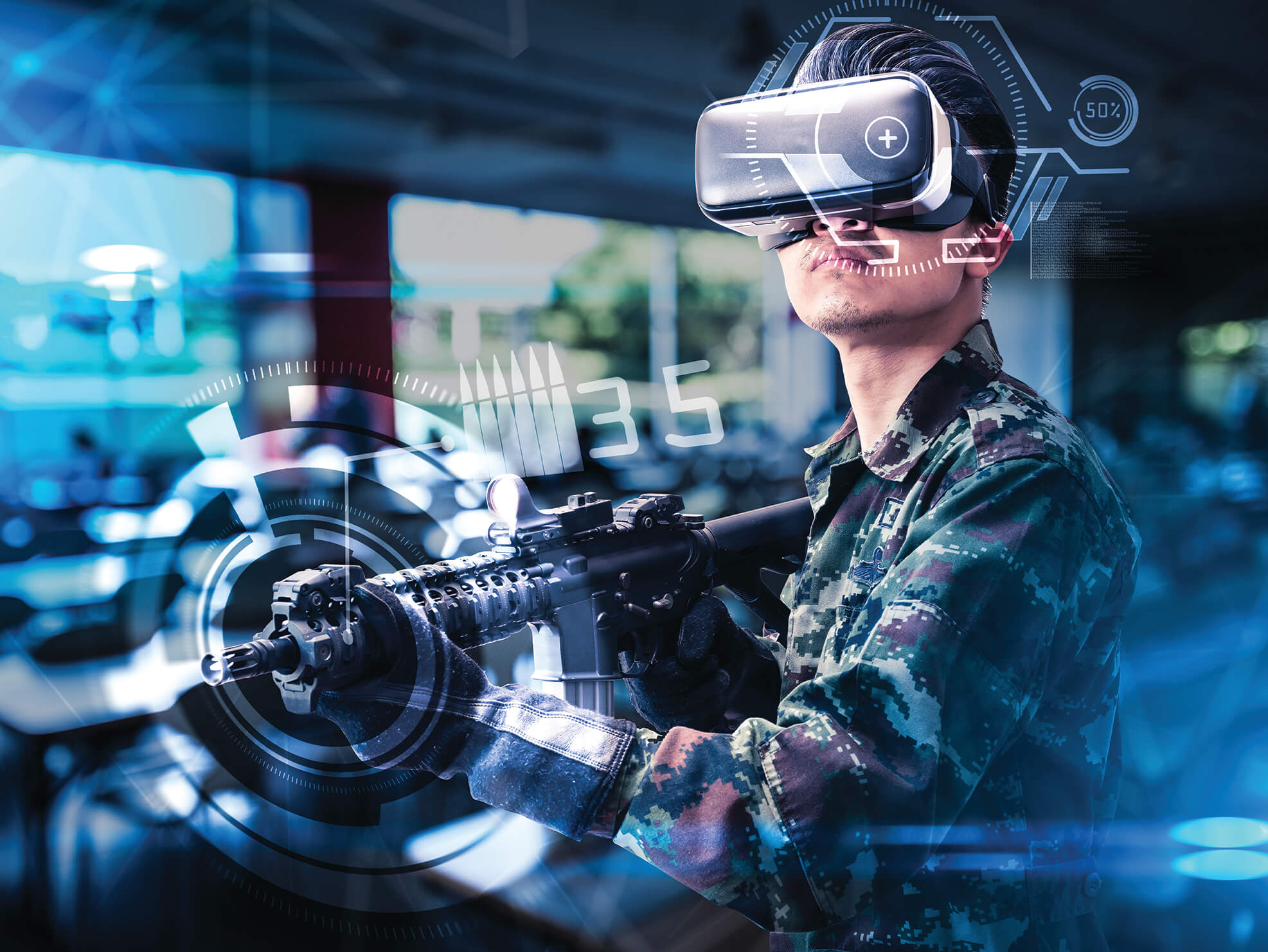 Till this day, Skyrim is one of the greatest game designed compatible with VR headsets. Not only it has one of the largest and most beautiful worlds, but it also has an immersive storyline that will suck you in for hours. It takes some time to get used to, but most of the time the game is intuitive. The countryside scenery also looks gorgeous and can suck you in the fantasy world of the game in a minute. Ever since its launch, the game has been highly praised, and we think rightly so.

One of the best VR experiences available on almost all VR headsets, Beat Saber has already taken over the hearts and minds of many VR enthusiasts. The way it plays is not much different from Guitar Hero, only this time you get completely immersed in the beats of music.  Instead of playing an instrument in Beat Saber you need to splash the boxes with laser swords… just like a real Jedi! It is an active experience that you can enjoy with your entire family. Beware though; it is incredibly addictive.

We could not have created a list with the best VR experiences without including a game beloved by many staff members. Superhot has proved that to be good VR does not need to be realistic. It is more important for the game to feel immersive and to define the logic, based on which it operates clearly. The game is the perfect place to start for anyone looking to get into VR gaming. But not only it looks impressive, but playing is just as exciting. After you get the hang of it, you might find yourself forgetting that it isn’t what the real world looks like.

The best VR experiences are yet to come 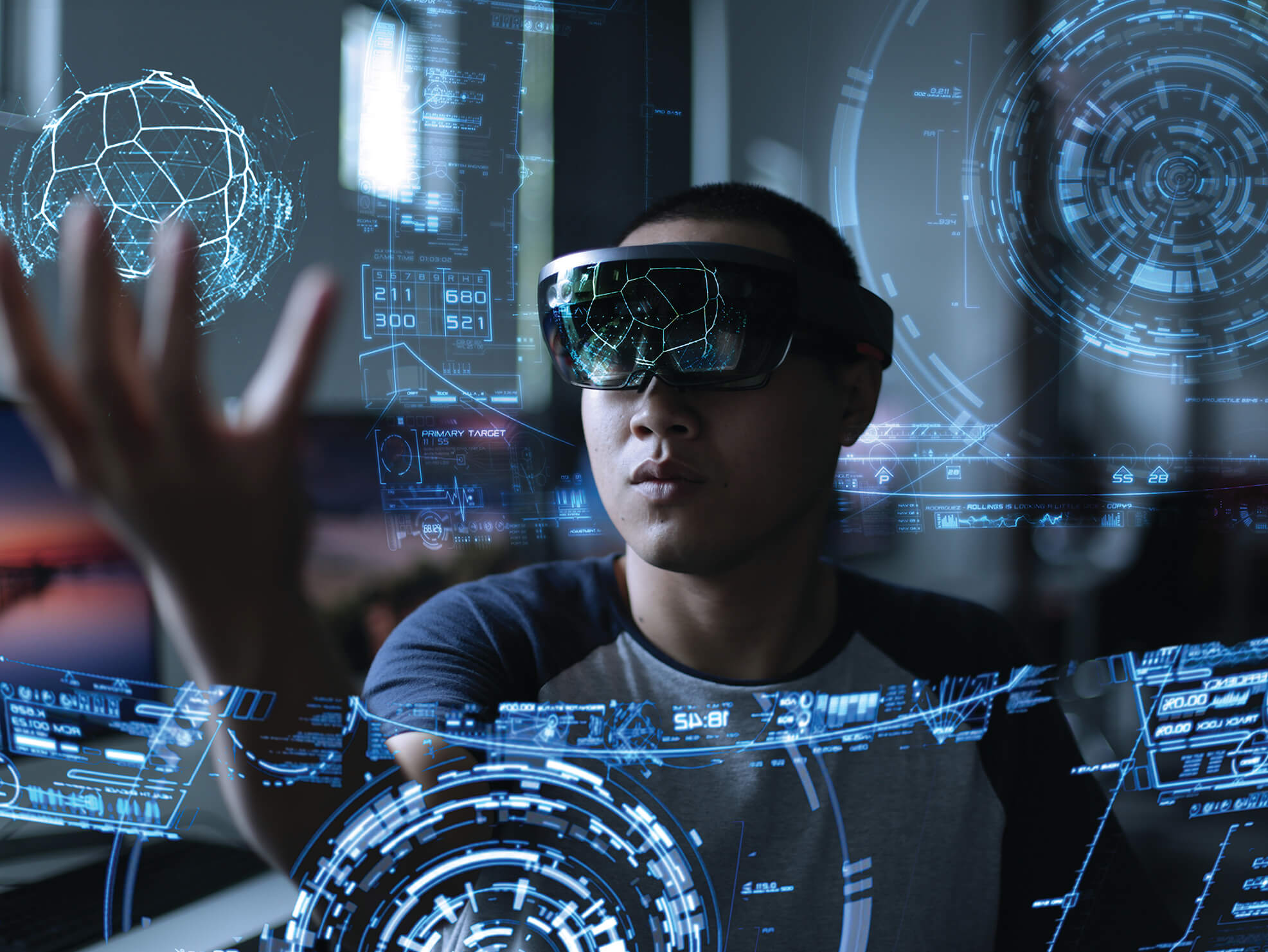 We do not doubt that VR experiences can be even better. We are at least a couple of steps away from its full potential. But it does not mean that the technologies that have right now are not worth trying. We only scratch the surface — there are many more games and experiences that are worth your attention. And there is no doubt that the list of the best VR experience is going to keep on growing.

At NDigitec we offer AR/VR development services. Our great team knows the ins and outs virtual realities and can help you design virtual experiences that will help promote your brand or realize an idea that you had in mind for a while. Contact us, if you want to learn more. We will be happy to hear from you. 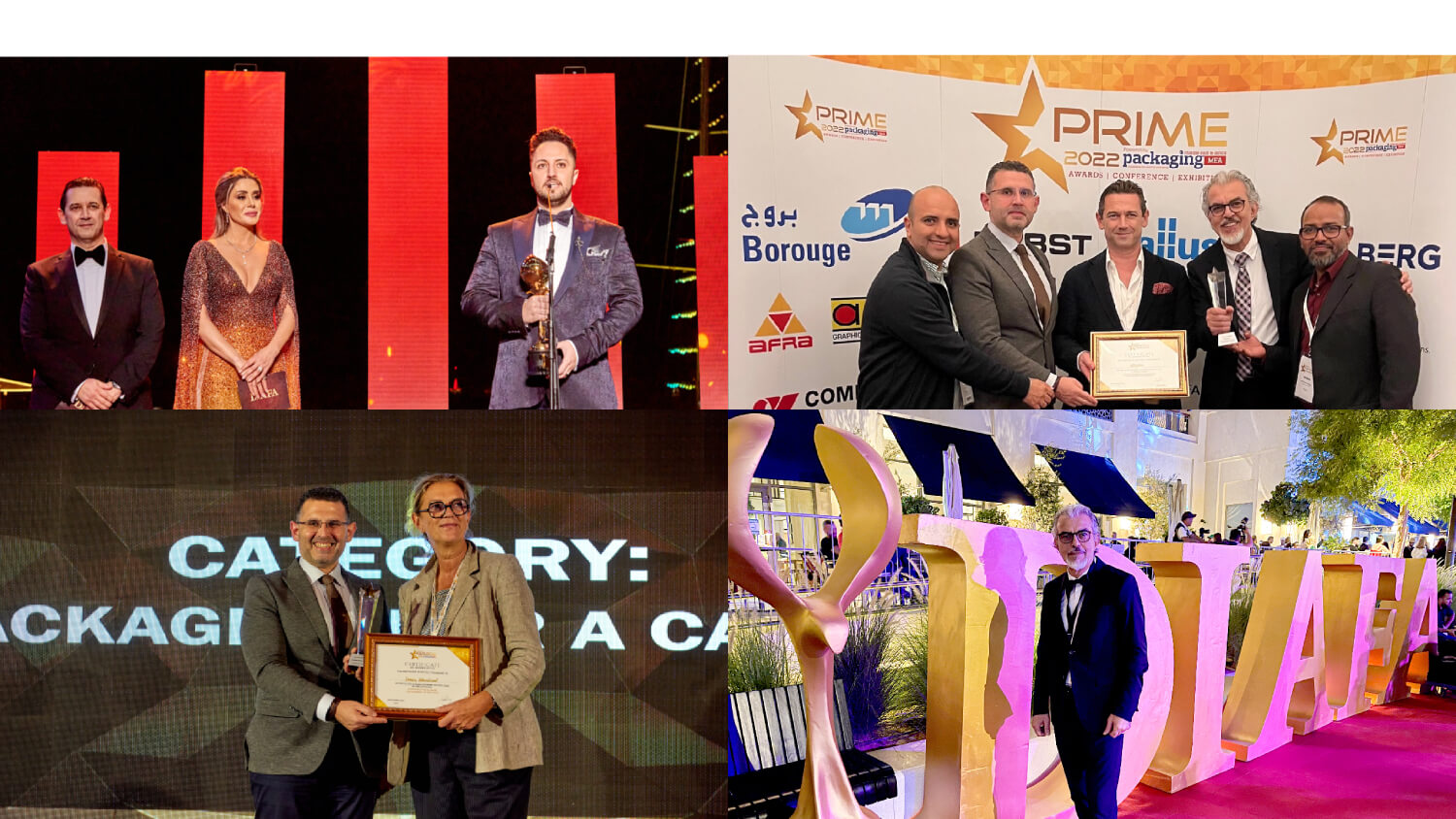 For NDigitec, this year’s November was also quite eventful and memorable. The company was involved in many mega projects, events, and exhibitions. Explore more here about who NDIGITEC partnered with.

NDIGITEC at Gulf Print & Pack 2022: Networking for a Better Tomorrow

NDigitec family is always looking to be part of initiatives that aim to promote worldwide sustainability. And, one of these perfect networking opportunities that recently had was participation in Gulf Print & Pack 2022.