Advertisements are everywhere, they surround us wherever we go on our phones, outside, on the radio, on the TV. Because of this huge omnipresence of advertisements and people’s limited attention, businesses constantly compete for the people’s attention. That is where outdoor advertising comes into play.

Outdoor advertising is one of the most prominent types of advertisings. But for them to be effective you have to know how to grab people’s attention. Otherwise, they will simply walk by and forget about it. You need to be unique, interesting, and original even if you are selling the world’s most boring item. It does not even need to be advertised how important it is for business — as it is a necessity and it sells itself. So here are some especially creative outdoor advertising campaigns that caught our attention.

Apotek Hjärtat is a Swedish private pharmacy chain. For its new line of Apolosophy hair products, they used digital signage in a subway station. On the platform, digital screens were equipped with ultrasonic sensors monitoring the train’s arrival. The signage simply showed a picture of a woman most of the time. But as soon as the train arrived, it triggered the sensors and her hairs were being blown away by the wind from the train.

Obviously, all of it was just prerecorded video. Yet seeing it was fun for the commuters nonetheless. This signage was supposed to be up for only a day but because of the positive reaction, it stayed up for almost a week.

To promote the opening of the first universal gallery in the Arab world in 2017 — Louvre Abu Dhabi — they came up with the idea for the Highway Gallery. The gallery learned that 85% of Abu Dhabi’s visitors travel from Dubai on the same long plane highway. They decided to use this fact to create one of the most educational and entertaining outdoor advertising campaigns.

The museum’s most iconic pieces of art were printed and placed on the highway. The billboards also instructed to tune in to any of the three top radio stations in the United Arab Emirates. Whoever did would find themselves listening to information about the artwork they were driving by.

TNT A dramatic surprise on a quiet street

You might have already seen this video as it has been quite popular and spread like wildfire when it came out. And really, why wouldn’t it? To launch a new TV channel in Belgium they placed a big red button in the middle of an average Flemish town with a sign saying “Push to add drama” hovering over it. Eventually, some people couldn’t resist the urge and pushed the button. It indeed did add drama.

From ambulance workers trying and failing to transport an injured person onto the ambulance car, to one of the workers suddenly fighting with a passerby cyclist, to mysterious men in black cars shooting at each other. The audience certainly received the promised drama.

Edeka — the Most German Supermarket

In 2017, the right-wing party AfD stood a good chance of gaining seats in the German parliament. So the supermarket chain EDEKA decided to make a stand for diversity and banned more than 20,000 foreign products from its shelves. Basically, it opened a supermarket with only German-made products.

Detran-RN “Your attitude is worth more than a thousand words”

Brazil’s state transport department made billboards depicting the results of driving under the influence of alcohol. The billboards had parts of vehicles sticking out of it with the text “Your attitude is worth more than a thousand words” and “Don’t mix your driving with alcohol” written on it.

The vehicles on the billboards were in a horrible state which showed that they were clearly in an accident. The phrase “Your attitude is worth more than a thousand words” was in part based on a popular Brazilian saying. 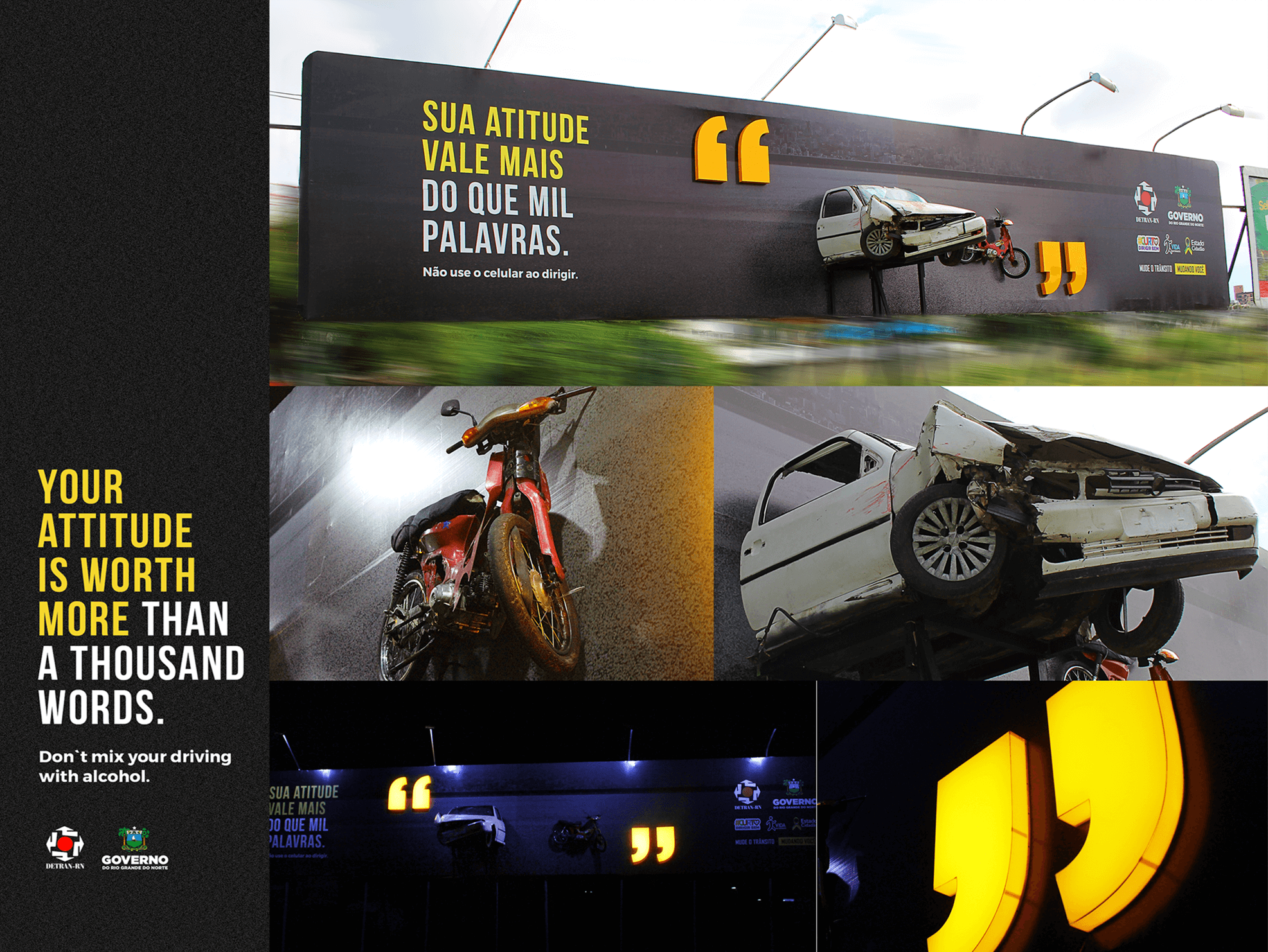 Those were only the few examples of great advertising campaigns that shook the world. If that is what you want your campaign to do as well, our talented team at NDigitec will happily help you out. Contact us if you are looking for impactful outdoor advertising solutions.