5 Applications of CGI Advertising That Will Make You Smile

There’s little to no doubt about the impact of CGI on the film industry. CGI has transformed it by removing boundaries between what’s only fantastical and what can be real. ‘Impossible’ is not in the vocabulary of special-effects artists anymore. If you can imagine it  — you can create it. But the film is hardly the only industry affected. CGI advertising has been on the rise since the technology’s first introduction.

CGI advertising might seem like a new invention, but the CGI was used in ads even before it came to dominate the film industry. Now, companies use CGI to save costs. But back when it was first taking off, brands were ready to pour in astronomical budgets into them. So much so that people often cite CGI commercials as the main reason computer-generated imagery and motion capture technologies has developed as fast as it did. 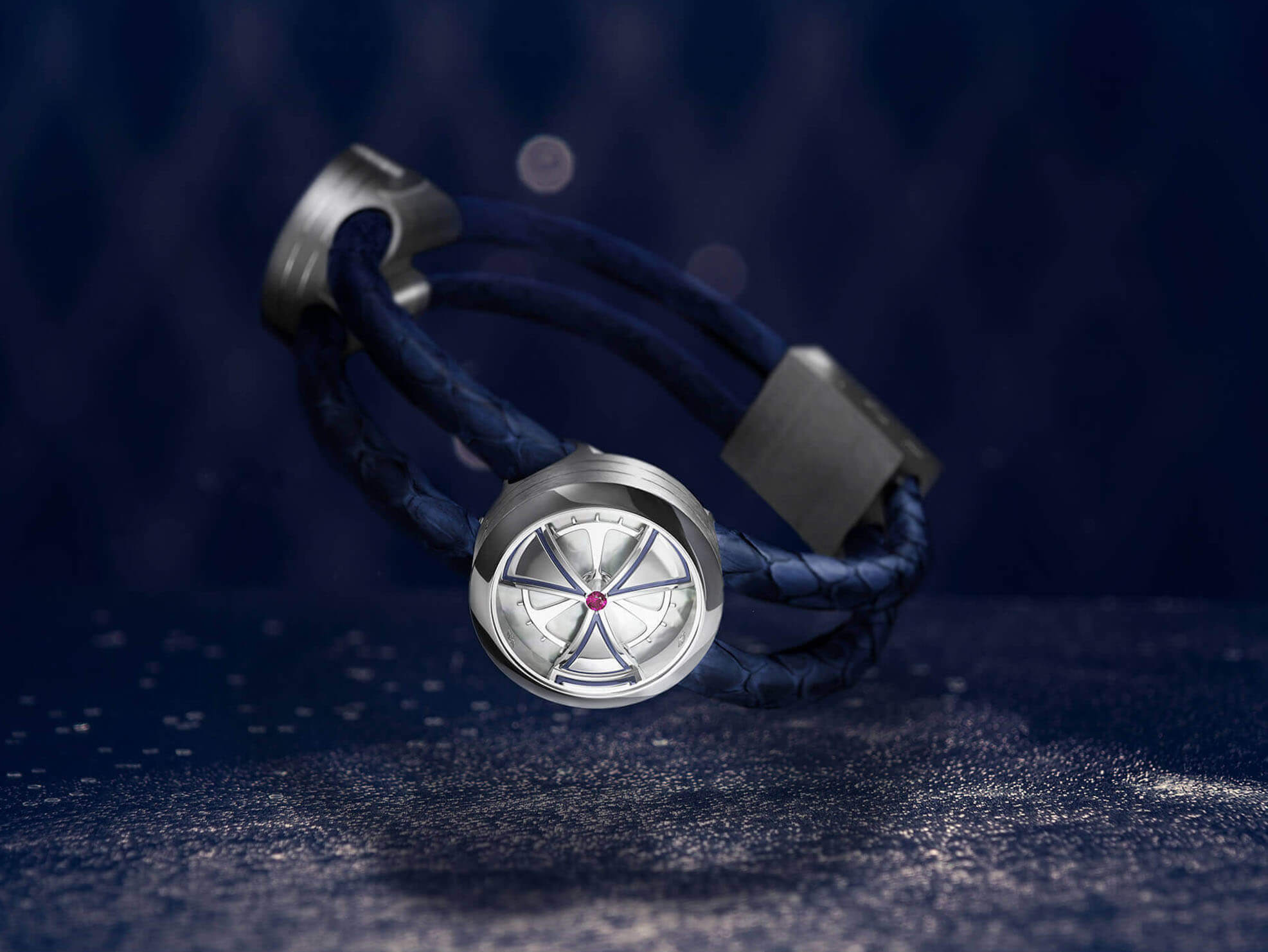 It’s not a secret that the marketing industry is quick to adopt new trends. And CGI advertising has allowed companies to save time and money, without having to sacrifice creativity. CGI helps to compress different steps — including logistics, shootings, production, and editing — into one. It makes the job of marketing specialists easier, so no wonder it took off they way did. Yes, the process is far from being ‘easy,’ but it’s way more cost effective.

CGI has entered fields of marketing and has lastingly occupied an essential place in the industry. And while the quality of ads varies from one to another, when done right the results can be mind-blowing. To show just how big of a role 3D models play in new ads we have compiled a list with most common uses of CGI in advertising.

Most of the cars you see in commercials are CGI. It would have been impossible to recreate the ads with the same detail and camera work, using only cameras. Creating CGI models is not necessarily easier — it takes a different set of skills to create a realistic car — but it might take only one or two highly skilled professionals to make that work. You don’t need an entire crew for that.

Not only it’s more reasonable but also the results often are more creative. You can digitally take apart a car to show its inner workings to your audience without having to destroy it. That’s what we call success, at its best.  It doesn’t mean the CGI advertising is always better — it can also be bad, just like a regular one. But it allows companies to showcase their product in the desirable light and helps ‘unleash’ the fool potential of vehicles. Whether or not you like them, you cannot deny the fact they are, well, exciting.

Taming of the Beasts

Working with animals is difficult. Those infinitely adorable creatures don’t enjoy playing by our rules and can be an absolute disaster to work with. The advancements in the CGI advertising technologies have allowed bringing our functional counterparts on screen without making them suffer. 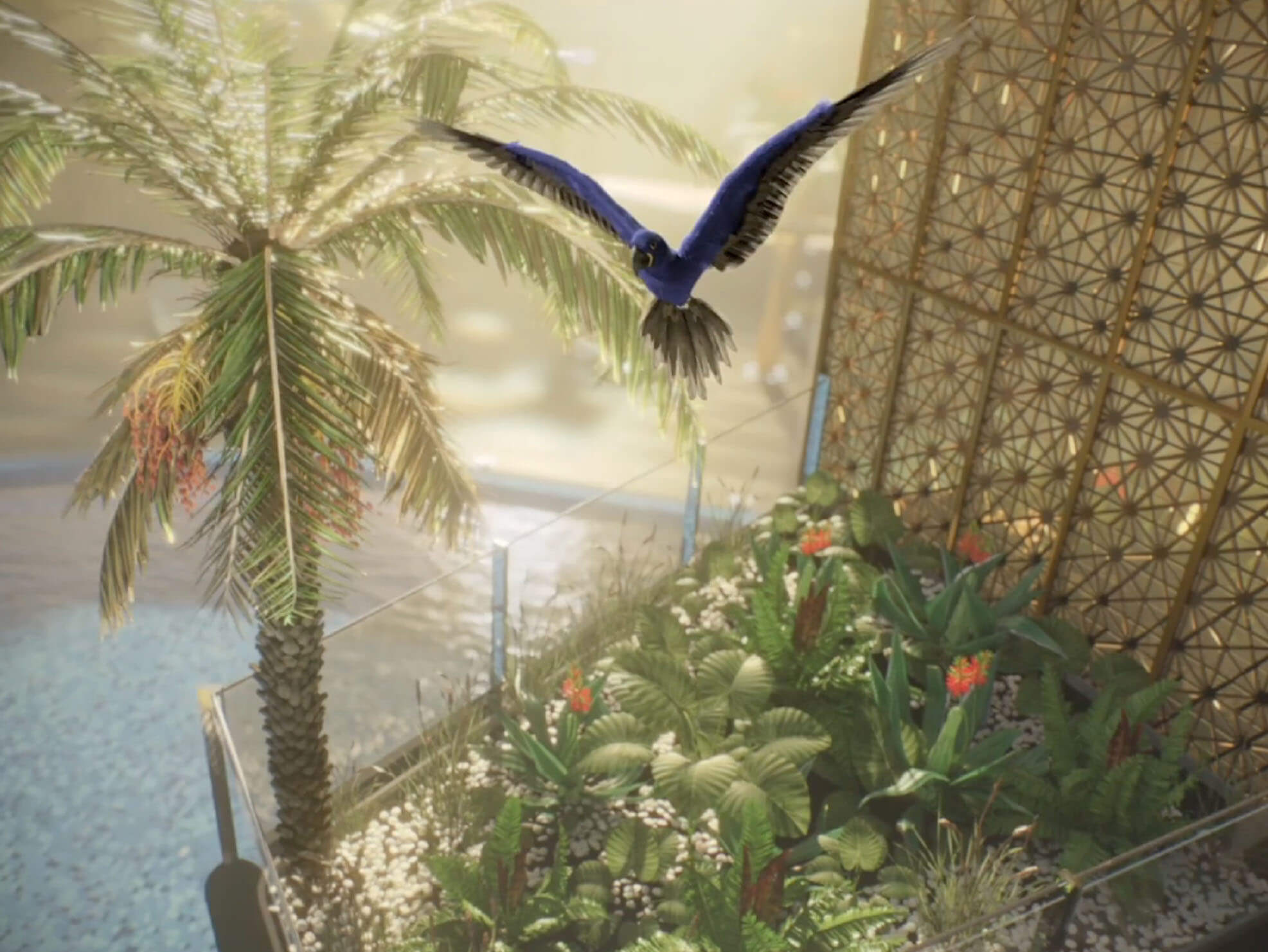 CGI animals after often used in pet food commercials and just funny ads. Often time, artist reproduce them with such attention to details you’ll have problems distinguishing them from real ones. And probably the best thing is that you can convince them to perform any actions much easier. You can write ‘we haven’t hurt a single animal in the process’ without a tint of doubt.

Better than the real one

CGI allows you to look at the product before they even hit the market. It not only allows you to experiment with the shape, color, and arrangement of the product but also advertise before physically producing them. CGI products often even look better than their real counterparts.

You’ll probably be surprised with how common CGI advertisement are.  The IKEA has admitted that most of the images you see in their catalogs are not real photographs. Those beautiful rooms you want to live in have never existed. From a marketing point of view, it makes sense. It’s much cheaper to have those room digitally reproduce then arranging every single one. CGI advertisement is the win-win scenario.

It’s not only about the product. CGI also allows reproducing fictional settings with utmost attention to details. Do you want to place your product in jangles? 3D artists can do it. How about the product in space then? They got your back. Recreating it in the digital world is MUCH chipper than flying off to space to shoot a shampoo commercial. 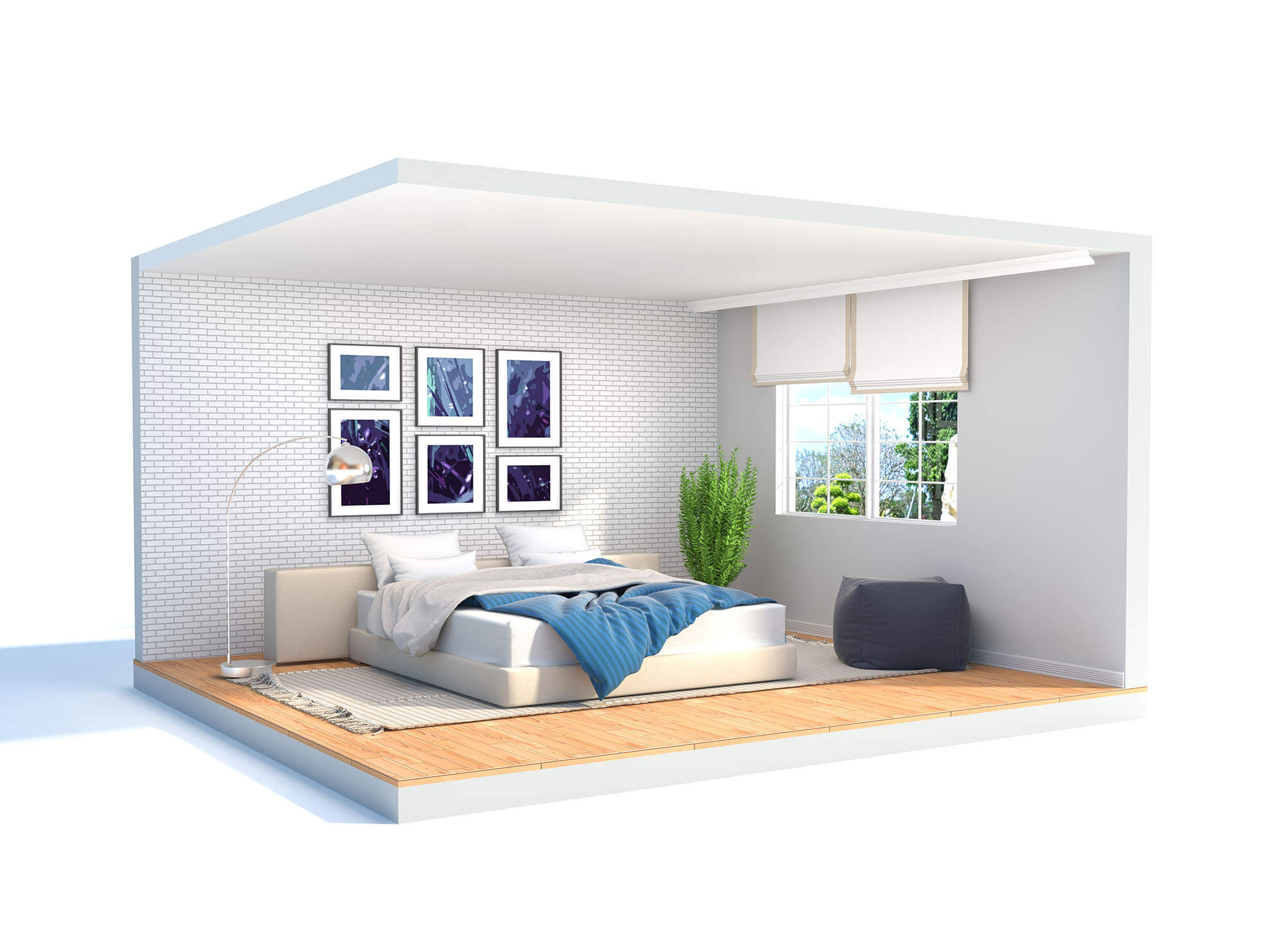 Use of CGI advertising can make the impossible possible. Just as in movies, companies can use it to create beautiful, supernatural decoration and help tell the story of your product. To an extent, the use of CGI is even more justified in advertising. If feature movies need large sets for the duration of the entire film. Ads are much shorter — recreating set or flying off to another country to shoot 30-second commercial might be desirable, but not always possible. CGI marketing is the best alternative available at your disposal.

Have you ever thought food in the ad looks so unrealistically appetizing? That’s because often it isn’t real. In most of the cases, even the best burgers and cakes look uneventful. A Snickers bar you will probably never shine or appetizingly melt in the way it did in the ads. Many companies use CGI to recreate their food for the ads because it helps make it ‘central’ subject of the commercial.

CGI advertising allows companies to make food look attractive and give it qualities that cannot be achieved otherwise. So hold on if you’re planning on launching a hunt for a burger that looks exactly like the one you saw in an ad — hold on. We doubt you’ll succeed. Instead, admire the craftsmanship of the CGI artist by enjoying the commercial. It sounds like a fair deal to us.

CGI Advertising Unleashes the Full Potential of a Product

Shooting all the scenes, editing, reshooting, and the retouching them isn’t exactly the most pleasant experience. It takes a lot of time. It takes even money — the resource you should spend less and earn more.  Often, CGI advertising is a more sensible alternative. 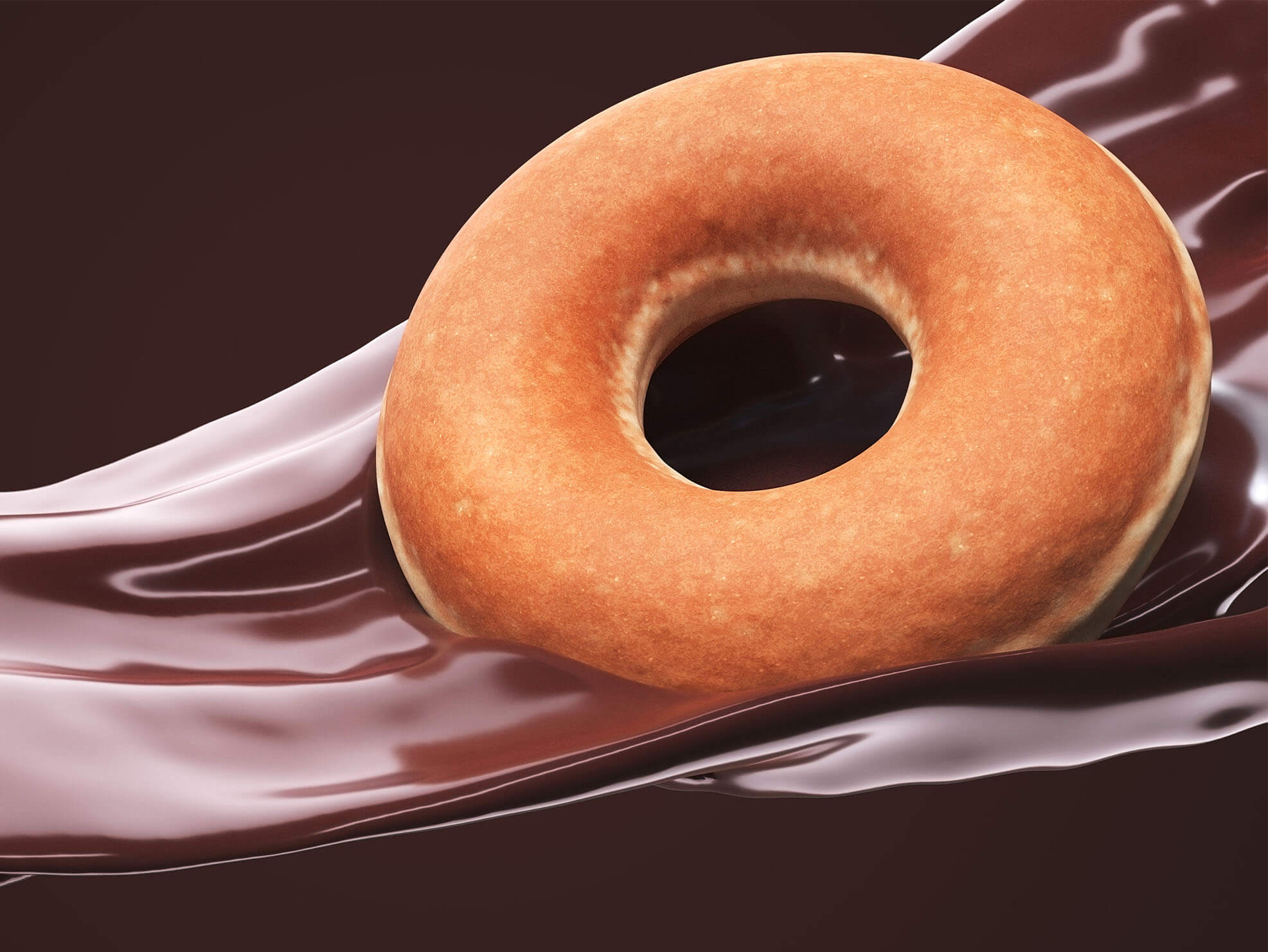 CGI ads earned popularity for not only looking and sounding cool.  The CGI models allow unleashing the full potential of your favorite products. There are no limitations in the computer-generated world. You can make your product look exactly the way you want them to. It’s a luxury we shouldn’t take for granted.

We know so much because creating CGI ads has been our expertise for years and can check out all the fancy cars, plains, and jewelry we have already produced. We are proud of helping companies save without having to sacrifice quality.